Sometimes, the last person a senior wants advice from is his or her own child. After all, a senior loved one is the person who may have changed your diaper. The role reversal that occurs as a senior ages can be psychologically painful for him/her as the child now takes on the parental role. As a result, the senior may not want to listen to what the child has to say.

I am often hired to intercede in situations where a senior is reluctant to move or an independent senior is “sitting on the fence” as to whether now is the time to move or stay at home. 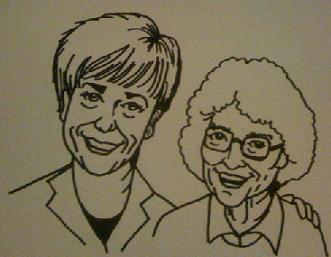 I was hired by the child of a senior whose parents were taking a trial stay at a local Continuing Care Retirement Community (CCRC). I was hired after the trial move had occurred. The parents had lived in their own home, which was located two hours away from their two children. Although independent at this point, each parent had health problems that would require attention in the future. Both adult children had health issues of their own and admitted to me that travelling to the parents’ home to take care of housecleaning, errands, and well-being checks was getting to be too much for them to handle. One child had taken on more of the responsibility for their needs and was failing rapidly from a health perspective. I was informed that both parents had come to rely upon this particular child and were totally oblivious to the fact that it was becoming a burden to her. In addition, I was told that the neighborhood where the parents lived was changing, and the windows to the house had been shot out twice over a two-year period. Due to the neighborhood decline, home care wasn’t an option. The entire family was fighting, the parents would not list to their children, and one child told me they were considering family counseling. In addition, the 30-day trial at the CCRC was coming to an end, and the parents had their bags packed to move back home.

I sat down with the couple to do an assessment of the situation. Their major complaints were that the retirement community “just didn’t seem like home,” “there was nothing to do,” “their daughter had absolutely no problem taking care of their needs and errands,” and “moving away would curtail the wife’s involvement in the church choir.”

In one hour’s time, I was able to convince them that their home was not safe, and the situation was not ever going to change. I gently probed them during the conversation and found out that they were sitting in the trial apartment watching TV, and not partaking of any of the activities. I gave them “homework,” and told them that they had to attend at least one activity per day apiece. Respecting their ability to take it as mature adults and parents, I also bluntly told them that their daughter had serious health issues and could no longer take care of their needs, a fact that both of them were totally unaware of. I found out which church they belonged to, found a branch of the church nearby, and subsequently set up an appointment for them to visit with the members. Last, I made them conscious of the fact that they needed to make plans to have their future health needs addressed, in case they could not take care of each other. I also told them they needed to make an effort to speak with the other residents at the community who had experienced reservation about moving there.

In the end, the daughter called me and said whatever I told them had worked, and that her parents had an appointment to choose a permanent apartment at the community. I am convinced that everything I told them had been said by their two children; hence, it was the source of information that was the decision maker, and not necessarily the content.

As an independent third party, ADSLA can offer informed straight-forward advice that might otherwise be ignored by one’s senior relative(s). Consider ADSLA the next time you feel like “a prophet without honor” in your own country.

For all of your senior living needs, contact Andrea Donovan Senior Living Advisors. Call us at (708) 415-2934 or email us. Please visit our website. Please watch my video to learn how the process works and learn what some clients have to say.