While “age 55 and older” seems to be the general definition of an American “senior,” I have never allowed my age to deter me from enjoying two of my favorite activities: tap and jazz dancing. As a senior living advisor and former part-time children’s dance teacher, I am pleased to see so many senior living communities offering dance therapy classes to their residents. I have also taught tap and ballet on a voluntary basis in several senior centers and in some of the assisted living communities that specialize in dementia care. When I was teaching, I was made aware that several of the participants in my class with dementia also had Parkinson’s disease.

Exercising even just several times a week can boost a person’s immune system and make him or her feel better physically and mentally. That is in large part because of the endorphins that are released. Exercise classes provide fun and fellowship while encouraging seniors to move all of their muscles and body parts. If a person moves his or her limbs, it increases hand-to-eye coordination, strengthens the core, and helps balance.

I approached teaching my senior dance classes as I would have any other basic level: I included combinations and repetition to Frank Sinatra and Bobby Darin songs, among others. I found that most of my “students” found ease in doing the tap warm ups, grape vines, and some jazz movements, even if a participant was confined to a wheel chair. Many of the participants said that their joints felt better, their overall movement improved, and, most importantly, their spirits had been lifted. After the class had finished, I always served my students a snack and we’d talk for a while. Some of the residents with dementia would reminisce about where they used to go to dance with their spouses. One resident in particular spoke about a church in Evanston, Illinois that had a Scottish affiliation and offered Scottish dance lessons. She even went so far as to quote me the exact street address. The repetition of certain exercises helps people with Parkinson’s to concentrate on movements that have become difficult for them, such as doing two things at once. People who have suffered a stroke are able to express themselves by moving to the music even though they can’t talk. Sometimes seniors’ medications stop working for them and yet the classes gave them relief from their symptoms.

Dance therapy actually started more than 50 years ago when classes were offered to psychiatric patients at St. Elizabeth’s Hospital in Washington, DC. The National Academy of Dance Therapists reports that there are now more than 1,200 dance therapists in the country. Not all classes are conducted by formally trained therapists, however, and some instructors are not formally trained dancers. In any case, though, the music and movement and camaraderie of a good dance class can go a long way toward enriching a senior’s overall health and quality of life.
There has been a significant amount of outreach to professional dance companies to teach dance therapy classes, and some have responded to the call.

I work with a number of seniors who have been diagnosed with major depressive disorders.
Their biggest complaint to me is that anti-depressants don’t take away the root causes of depression; the anti-depressant drugs only lessen the symptoms. Nothing helps their depression more than conversation and socialization. I have been lucky enough to refer them to dance programs where they can exercise and socialize! 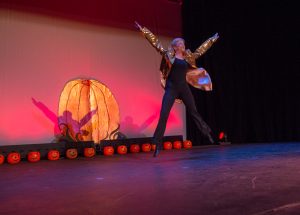